3 Questions to Help You Create a Wealthy Life

A while back, I asked my newsletter readers this question:

What would you change or fix about your finances if I gave you Captain Picard’s handy-dandy “make it so” brooch?

You tap the magic brooch, make a request, then tell the computer/universe/whatever to “make it so”.

And just like that, the thing is a done deal.

The answers to that question were revealing.

Here’s a sampling of what women told me they would change:

Can you spot the pattern?

That’s a representative sample of the answers I received.

What do you notice about those answers?

Can you spot the recurring theme?

The responses were about specific, down-in-the-weeds challenges.

Things like making more money, solving a spending problem, growing investments, figuring out a retirement number, and so on.

They’re what I call financial process goals 👉 important steps on the way to financial freedom.

But they don’t represent financial freedom or anything about what these women really want for themselves from a big picture perspective.

My friend, if I give you a magical brooch that can help you address ANY problem in your finances, why wouldn’t you ask the universe to grant you a Wealthy Life?

One in which you do what you want, when you want, with whomever you want – on your terms? And do it with confidence!

The million dollar question is why would you settle for so little?

Out of dozens of responses, only one woman came close to locking onto the bigger picture for herself.

She told me that she’s a single mom who earns very little and doesn’t receive child support. As she describes it:

“My biggest stressor is my lack of financial freedom to provide for my daughters. I can’t afford the activities they want to participate in. I’m surviving, not thriving financially and inflation has me not even financially surviving.”

What does she want?

“The financial freedom to feel confident and strong, become unstuck, own a home again, and provide the life I wish to give my daughters.”

Can you feel the difference?

Which would you want? A maxed out TFSA or the financial freedom to provide the life you want to give your kids?

The difference is massive.

In 2017, I read a book that changed my life. It was Shortchanged: Why Women Have Less Wealth and What Can Be Done About It, by Mariko Lin Chang.

In that well-researched book, Chang demonstrates that there is a large wealth gap between men and women. Back then – the book was published in 2010 – for every dollar of wealth that men had, women had less than 50 cents.

Hold my drink while I repeat that: At best, women have less than half the wealth of men.

I’ve not been able to find updated data, but I can tell you from my experience of working with thousands of women that a significant wealth gap persists.

Can you find women who are wealthier than the average man? Yes of course.

But on the whole, women have a lot less wealth than men.

All of which prompted the following response.

Then it inspired me to do something about it. 🌟

Ever since then, I have been focused on (and some might even say obsessed with) helping women grow their wealth.

Because wealth gives you options.

✅ Wealth allows you to make choices that are in your best interests regardless of what life throws your way.

✅ It gives you independence, peace of mind, and choice.

Here’s the thing, though: I don’t just want you to build wealth. I want you to live a Wealthy Life.

So many women I talk to who have worked their way up and now have money also feel a lot of guilt when they spend it.

We need to change all of that – the lack of wealth and the feelings of guilt that pop up when you finally start spending it on yourself.

Stay with me and I will show you how to create a Wealthy Life.

Ramit Sethi, a personal finance writer, popularized the concept of a Rich Life in his book, I Will Teach You to Be Rich.

What’s the difference between a Rich Life (his phrase) and a Wealthy Life (my phrase)?

Isn’t it just a case of potato/potahto 🥔 – it’s all just semantics?

Every word comes with baggage and possibility.

If you believe Rebecca Lake in her article Key Differences Between Rich and Wealthy People, being rich is tied to your income whereas wealth is tied to net worth.

For my money, wealth is where it’s at. You can build wealth without being rich if you make smart choices with your money. The Millionaire Next Door, a book by Thomas J Stanley, demonstrates that beautifully.

Building wealth is doable by any woman, regardless of her income.

Since my mission is to help close the wealth gap between men and women, we’re sticking with the doable route to building wealth in my money management model.

OK, let’s get on to helping you live a Wealthy Life.

One of the women who responded to my emailed question told me that she had a lot of trouble with it:

If I could “Make it so!”, wow, that would be fabulous but I am afraid to dream big when it comes to finances… I am so used to being conservative that it seems so foreign to think that a different way may be possible and by doing things differently my financial dreams would be different, bigger, bolder. If I could “Make it so” I would have the confidence to dream large and plot the path to make my money work to get me there.

The confidence to dream large.

For so many of us, life is so busy and challenging that we’ve lost sight of our dreams, if we had them in the first place. We’ve had so many doses of reality that we don’t dare to dream big.

Well, my friend, you are in luck, because I’m here to remind you that somewhere inside, you have big dreams and I’m going to help you tap into them.

Getting clear on what a Wealthy Life looks like for you is part of the formula to help you make the very best use of your money in 2023 👉 linking spending choices to your big picture goals.

Here are 3 questions to help you do that.

Question #1: What does a wealthy life look like to you?

I spent a lot of time asking myself what I wanted from life after my first husband died and left me with $400,000 of debt.

Sure, I paid off the debt in two years, but that whole experience was brutal.

I spent countless nights sitting in front of the fireplace, staring at nothing in particular and asking myself the same question, over and over again: “What do you really want, Doris? Because this life right here isn’t it.”

I realized that for me, it’s about time freedom, optimal health, exceptional experiences, and travel on my terms.

In my Wealthy Life, I can go cross country skiing in the middle of a work day because the conditions are perfect and I feel like going – like I did last week: Then pop over to Australia with them for three weeks in the winter that same year: 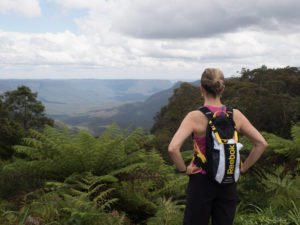 Or grab a drink at my hotel’s rooftop bar in Barcelona after a day of hiking, like we did this past summer: These are the sorts of things that make me feel wealthy – having control over my time, spending quality time with people I love, and having remarkable experiences along the way.

What’s at the root of it is a focus on things I value deeply and which bring me joy.

Now it’s your turn – what does your Wealthy Life look and feel like?

Open your journal and let yourself write whatever comes to mind without judgment. If it’s something you’d love it, it goes on the list.

Question #2: What would that life, or those experiences, cost?

Sometimes, we assume that the kinds of activities we love cost a fortune, when it fact they’re nowhere near as expensive as we thought.

Those trips to Europe and Australia I mentioned above?

We spent next to nothing on accommodations for a total of 9 weeks of travel because we used Marriott points to cover the cost of rooms at some pretty sweet hotels (i.e. steps from the Arche de Triomphe in Paris and in a former palace in Madrid).

It all started with a plan, way back when, to optimize our regular spending so that we’d get travel rewards out of it. We stuck to our regular spending plan – we didn’t spend more just to get more points – but we did it deliberately, using targeted credit card rewards programs.*** Ditto for free flights.

The trips ended up being expensive because we chose to indulge in high-end experiences; but we didn’t need to. We could easily have turned those trips into budget-friendly experiences while still having an amazing time.

Run the numbers on the things that would contribute to you living a Wealthy Life. You might be pleasantly surprised by how affordable it is with some planning and wise choices.

Question #3: What would your 90-year-old self tell you to do with your life and your money?

I keep going back to this question because it reminds us that every day matters.

Instead of focusing on the million and one small details, your much older self might tell you to stop majoring in the minor things, as Jim Rohn said.

Start with the most important question: What do you want from your one and only life?

Dream it, plan it, then do it.

Getting to the end of your life and feeling that you left a whole lot of it on the table.

Wishing you had dared to dream sooner; much sooner.

Create a vision of your life that excites you and then create process goals to get you there.

And for heaven’s sake, if you get your hands on Picard’s brooch, make damn good use of it!

One thing for you

Before you rush off to your journal, please hop into the comments below and share one thing that would make you feel like you’re living a Wealthy Life.

Remember – no shame, no blame, no judgment. And no editing your desires!

No holds barred here. What does your Wealthy Life look like?

Pop in below and let me know. Then let’s make it happen.

*** We pay off our credit card bills in full every month. We never carry a balance. If you have credit card debt, do not use rewards cards. The interest payments you make on your balance wipe out any benefit from the program – and then some! Credit card debt is a major liability and needs to be wiped out asap. Please focus on that first before trying to get clever about a rewards system. Want a proven process to help you make smart, savvy financial decisions that are in your highest, best interests every time?

Grab your copy of my FREE Cheat Sheet. In it, you’ll discover the four key questions to ask yourself, in order, to gain total clarity on the right financial path for you.

This process works for all decisions, big and small.

Make indecision, second-guessing, and analysis-paralysis a thing of the past.